Skip to content
The best recruiters are just a little paranoid

The best recruiters are just a little paranoid 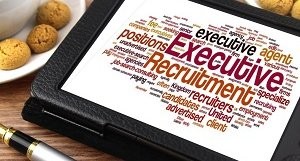 After the first interview, the client was eager to move forward with the candidate for the position of clinical director at a clinical research organization (CRO). The candidate needed to have strong experience and relationships working with the Pharmaceutical and Medical Device Agency (PMDA).

He flatly replied, “No, the package is fine.”

I pushed a little further, “I understand that you’ll then accept the offer and be willing to start work with our client?”

He blankly stated, “No, I won’t accept the offer, and I will stay with my current company.”

I was dumbfounded. What went wrong?

To find a candidate with strong sales experience working as a medical representative (MR), and with clinical experience, is a tall order for any recruiter in Japan. After six weeks of searching, we found the needle in the haystack working in Fukuoka, Kyushu, Japan. The candidate was excited about the position and at the prospect of being reunited with his family in Tokyo. He had been a business bachelor (Tanshin funin) for the past twelve months. The client had brought the candidate to Tokyo twice for interviews, and all seemed well with both parties. The offer was presented, and his family agreed that this was the right opportunity at the right time.

On being presented with the offer, the candidate said, “Philip, I will need a few days; I need to speak to my (Buddhist) priest to see if this is the right opportunity for me.”

He returned a week later to inform me that his priest said that this company and position was not right for him. Thus, he rejected the offer. I was speechless; this was a first for me.

When working with people on one of the most important areas of their lives, their careers, many factors come into play. However, family is the most obvious, and in Asia the extended family, such as in-laws, can influence decisions, together with ex-colleagues and former bosses. Medical doctors can go to professors to ask permission to join the pharmaceutical industry or to change companies.

Great recruiters look to cover all their bases. In the first example, the clinical director interviewing at the CRO, I had misjudged the candidate’s smooth ride though the interview process as a sign that all was well and he was happy. However, it was quite the opposite. The candidate was happy to go through the interview process as he was curious to learn about the company and what it would offer. He was window shopping, and had no intention to buy.

Changing companies is on a par with many major decisions in life, and clearly we will have questions. Even if we don’t have questions, people will make something up so not to appear uninformed. I should have pushed the candidate to unearth his interest level after the first and second interviews. In this case, silence was not golden but a sign of the imminent rejection of the offer. Therefore, I should have been attentive to what was not being said. Questions are a buying signal, and he was not buying.

The second example was a little trickier, as in 15 years of recruiting this was my only experience of divine intervention. It is difficult to argue with someone’s spiritual guide. However, top recruiters will continue to ask questions, digging and analyzing, delving and probing into the candidate’s circle of influence, leaving no stone unturned.

The best recruiters, whether they are in-house or external, are just a little bit paranoid and live by Murphy ’s Law, believing that “anything that can go wrong, will go wrong.” After a while, a senior executive search consultant has seen many deals go wrong due to the recruiter being too carefree and not asking, “What could go wrong?” to the point that we always prepare for contingencies.